"Bless the Hell" is the first full-length album of the florentine metal band Old Bridge.

Published auto-product on January 11 of 2020, has been recorded at the Soundscape studios in Florence.
The disc was attended by:
Silvia Agnoloni: voice and choirs
Damiano Porciani: solo guitar
Alessandro Berchicci Soave: rhythmic guitar
Shinobi Seiryu (Antonio Maranghi): bass
Nico Cempini: drums
Moreover:
Beppi Menozzi: keyboards
Paolo Puppo: all the graphics
All songs are written by Silvia Agnoloni for lyrics and by Silvia Agnoloni and Old Bridge the music. 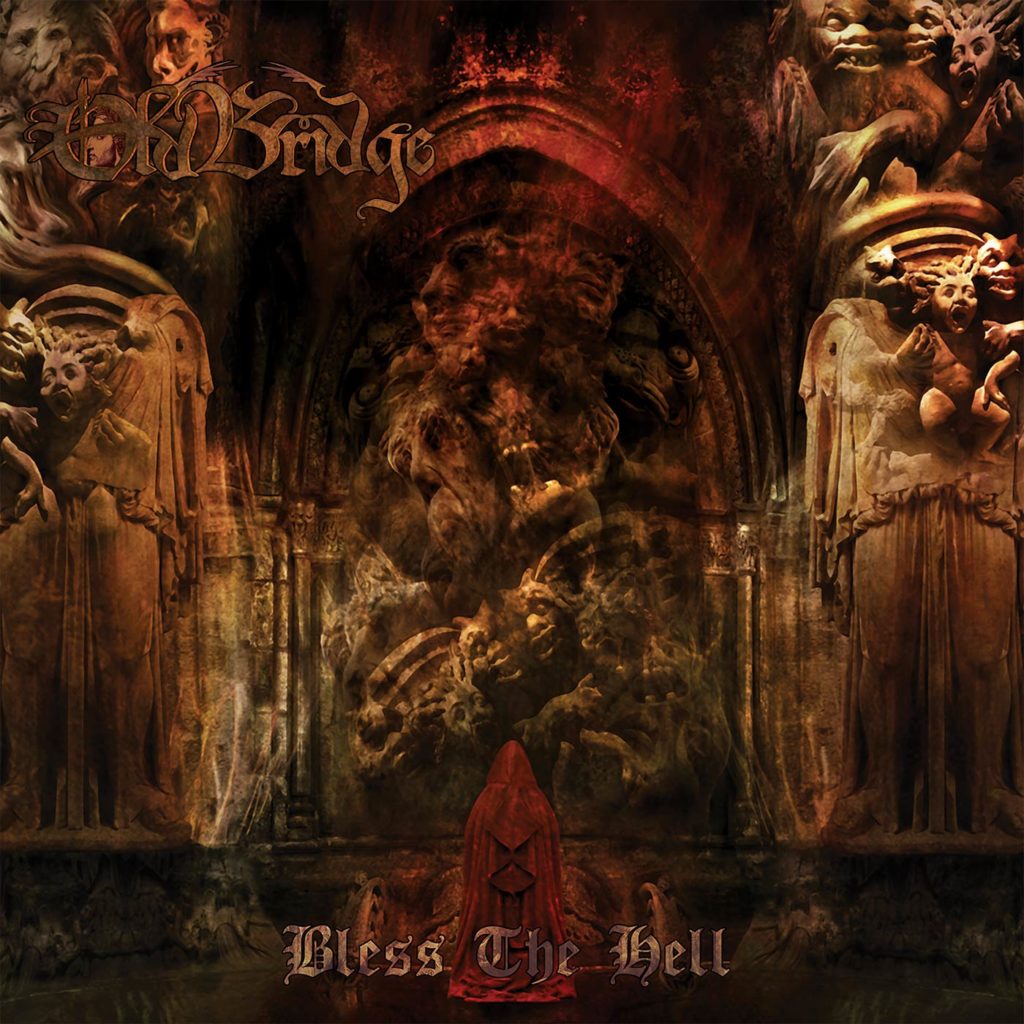 Must not be given a blasphemous interpretation to the title (Bless the Hell), rather it must be understood as a dutiful thanks to Dante Alighieri’s Divine Comedy (that you can also find on the cover of the album, in front of the door through which “you go to the sorrowful city…”), who, with his Inferno and his dreamlike imagination, inspires much of the work of the group.

Bless the Hell is in fact a sort of immersion into the personal Hell that everyone carries inside, not so much in search of redemption, but of compassion (understood in the proper meaning of the word, sharing) of the human condition: after crossing the threshold that leads “Ad Inferi”, we find ourselves in the presence of our own sins and frailty, longing for a paradise that saves us and raises us from earthly weaknesses and temptations.

“Do it or not”, immediately confronts a drastic choice between life and death, with clear references to self-annihilation, seen as rejection of an empty life, which is struggling to find a sense, pervaded by a sense of constant loss.

Here then the soul sinks into the dimension most appropriate to it: the Dream (The Time of Dream), the one in which time no longer counts, nor past sufferings; here hope is just and sacred, enough to suggest that there is some possibility of salvation for mankind.

But dream becomes a recurring nightmare, in which the awareness is increasingly consolidated that there is no possibility of rescue for those who make mistakes, no redemption (Salvation).

And as we continue the inexorable descent into our own Inferno, we meet angels quite different from the white immaculate figures that we were presented as children. They are derelict angels, drunk, drugged, with broken wings, who cry together with us an inescapable condition (Angels could cry).
Can Paradise, which in the collective imagination represents supreme perfection, and lies untouched and immaculate in our thoughts, give us what our transient nature so desperately urges us to seek? Here is the Devil, the Beloved, the Most Beautiful, disguising himself and, not seen, laughing at what happens: behind his provocations, he will prove that Paradise is subject to the same human weaknesses, such as hatred, revenge, anger (Rage in Paradise).
Until we arrive at the presence of a Higher Entity, to which we have always been forced to bend and submit, conforming our actions to please it (Pleasing the Lord), to discover then that nothing of what we expected was maintained. It’s time we were treated in the same way.
But as pawns in a macabre game, we are forced to go on always and in any case. Life is mockery: one game ends up immediately restarting another (Game Over), in an eternal condemnation.
“My Best Day” is the moment when you finally become aware of your inner strength and potential. Sooner or later the best day comes, the day when the accounts will be even and all those who have hurt us, wounded, laughed at, will pay it, not for divine justice, but because justice is One.
When the journey comes to an end, we wake up from the slumber in a city full of empty looks, of misery, swallowed up by neons and sins, which we love regardless, because it belongs to us and we belong to her (Old Bridge).
Far from a renegade paradise, which has proved itself subject to our own frailty, we accept our Hell, of which we become King and Queens, masters and rulers, and to him we abandon ourselves as a promiscuous lover, blessing him (Bless the Hell). For mistakes become experience, pain not to be wasted, faults do not suffocate us. And why better the awareness of a fruitful imperfection, than a life spent to yearn for perfection without reaching it.
“And so we did NOT go out to see the stars…”, but we stayed in our Hell, converted, accepted, even precious, to get to know each other truly.
“That’s why I’m blessing the Hell”.

This website uses cookies to improve your experience while you navigate through the website. Out of these cookies, the cookies that are categorized as necessary are stored on your browser as they are essential for the working of basic functionalities of the website. We also use third-party cookies that help us analyze and understand how you use this website. These cookies will be stored in your browser only with your consent. You also have the option to opt-out of these cookies. But opting out of some of these cookies may have an effect on your browsing experience.
Necessary Always Enabled
Necessary cookies are absolutely essential for the website to function properly. This category only includes cookies that ensures basic functionalities and security features of the website. These cookies do not store any personal information.
Non-necessary
Any cookies that may not be particularly necessary for the website to function and is used specifically to collect user personal data via analytics, ads, other embedded contents are termed as non-necessary cookies. It is mandatory to procure user consent prior to running these cookies on your website.
SAVE & ACCEPT
Scroll to Top