The band officially born in 2012 by the meeting of musicians who come from many years of experience in the Florentine underground metal. Among these, the singer and composer Silvia Agnoloni: lover of the medieval atmospheres of her city, together with the group, works on musical ideas that marry her melodies and her lyrics. The idea is that of an original sound, powerful like heavy metal, but not necessarily tied to a precise subgenre, with the possibility of spacing freely between the various influences. 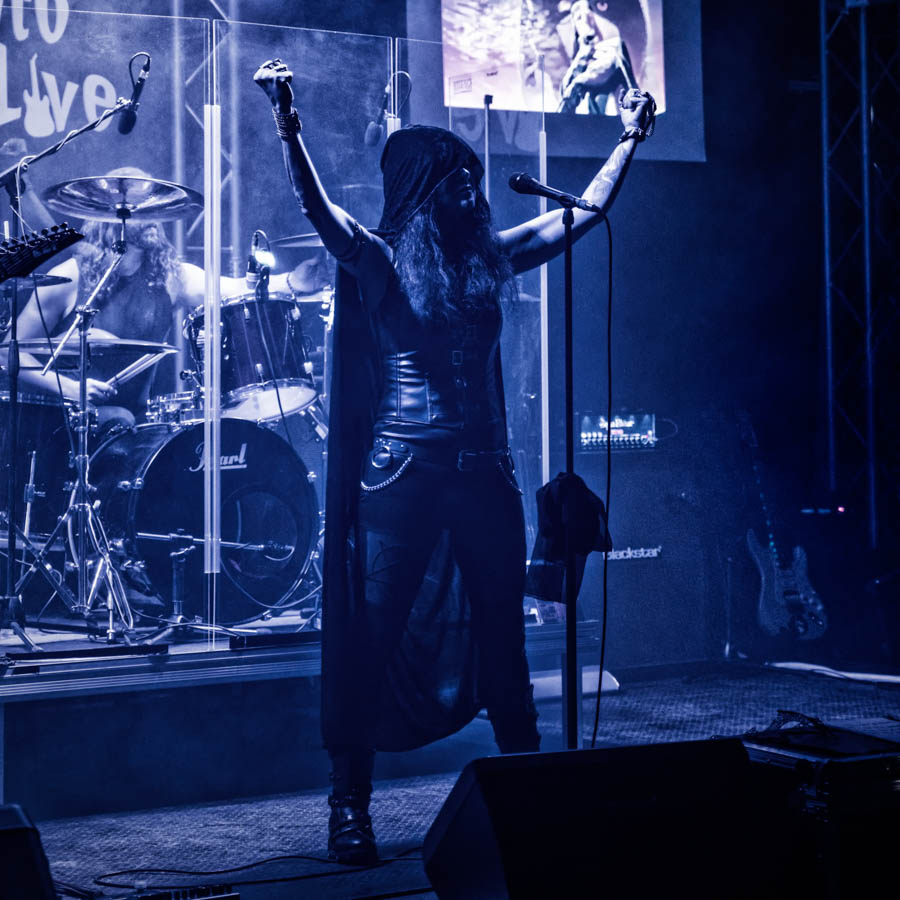 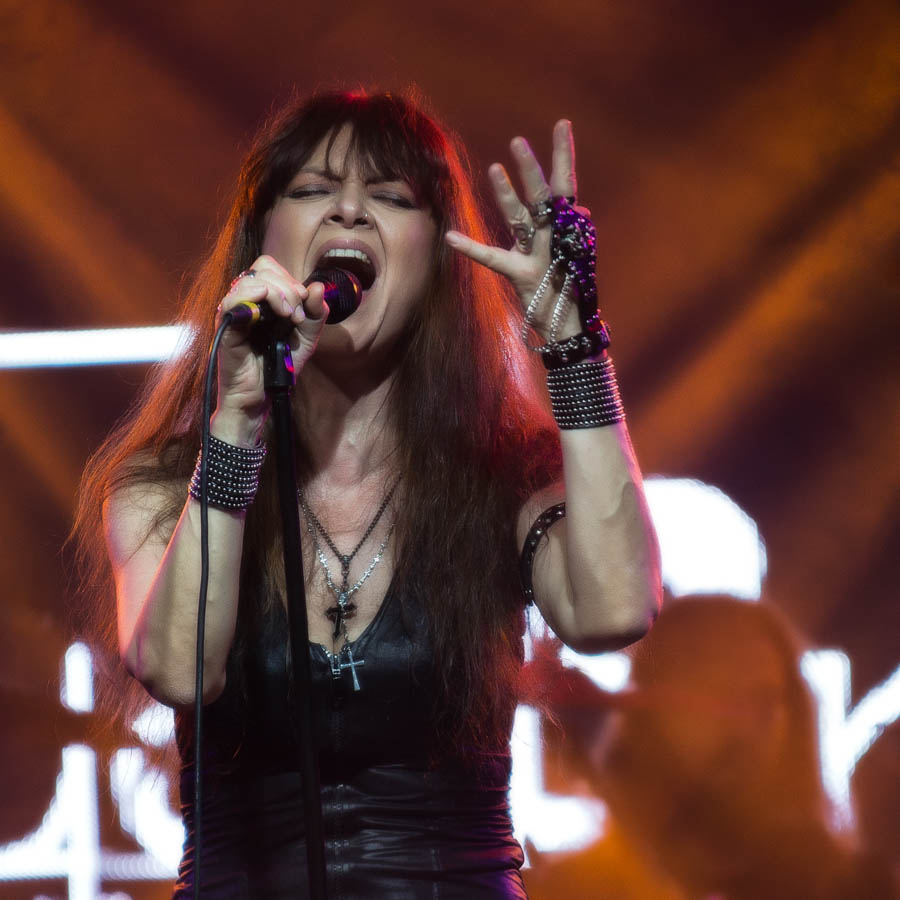 This is the result of a vast repertoire of songs, where is expertly mix classic metal, prog, doom, gothic, dark, hard rockblues, without ever losing sight at the references to the musical culture of Florence and its great historical period. The name of the group itself, Old Bridge, is a tribute to the Ponte Vecchio, symbolic monument of Florence, and to the great poet Dante Alighieri, who, with his dreamlike images expressed in the Inferno of his Divine Comedy, inspires much of the work of the band. With the first line-up, the group is dedicated to live shows and in September 2014 it has two promos (Rage in Paradise and The Time of Dreams) in anticipation of the creation of a CD.

But in the middle of 2015, some components abandon the project; in the following years, many musicians of theTuscan metal scene alternated in the band, including Andrea Cardellino on guitar (L’Impero delle Ombre).

The breakthrough comes with the entry of Shinobi Seiryu (Antonio Maranghi) on bass and Nico Cempini on drums, but we must arrive at 2018 with the addition of Damiano “Idda” Porciani and a drastic change on guitars because finally the line-up is solid and definitive, allowing the band to undertake a new and fruitful path and resume the recordings of the album, remained pending. On september 2019 the talented guitarist Alessandro Berchicci Soave enters to complete the line-up, contributing to give even more power to the band’s sound. 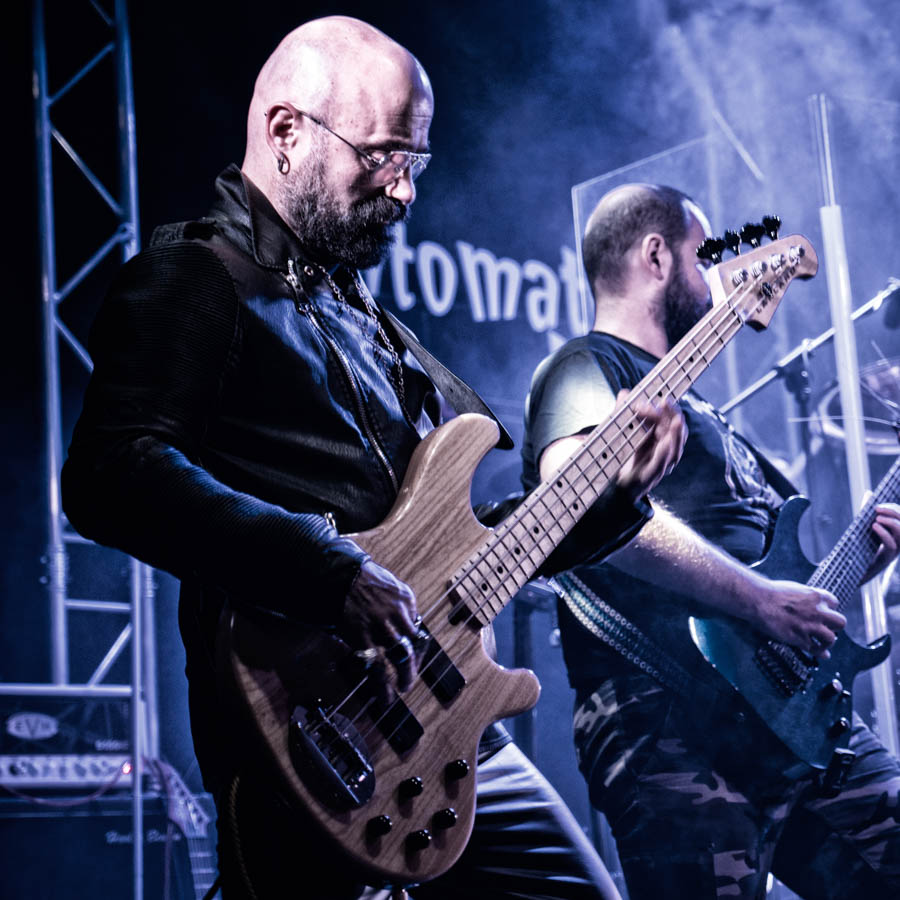 Singer, composer, multi-instrumentalist, since her youth manifests her great passion for music. She studied opera and modern singing, alongside the studio of piano, organ, violin and, as autodidact, guitar and bass.
She writes an unknown number of songs that embrace different musical genres and gives life to or participates in different florentine underground rock bands; at 17 she founds Darkside, dark metal band, and a little later she is called to play the role of singer in the already started Sphinx, hard rock band known in the musical environment. In the mid-90s she founded Rainsteel, a metal/hard rock band whose she became singer and guitarist, as well as songwriter, with whom she recorded the demo “Whispers of the Ancients” and participated in an intense live activity.
Later on, she opened up to other experiences, experimenting also the composition of songs in italian with Medievalia and especially, at the beginning of the 2000’s, with Lunarcana, with whom she recorded the demo “Tra Leggenda e Realtà”.
Parallel to the rock activity, she continued the opera at a semi-professional level and gave life to some didactic experiences through workshops and the realization of some musicals.
From the meeting with some musicians of the florentine scene, was officially born in 2012 the metal band Old Bridge, of which she becomes singer and author, and in which she still plays today.
Currently she is also the singer of the prog band Cabaret Noir Banchero; moreover, in 2014 she founded Facciamo Valere il Metallo Italiano, an association aimed at promoting the national underground bands through various initiatives. 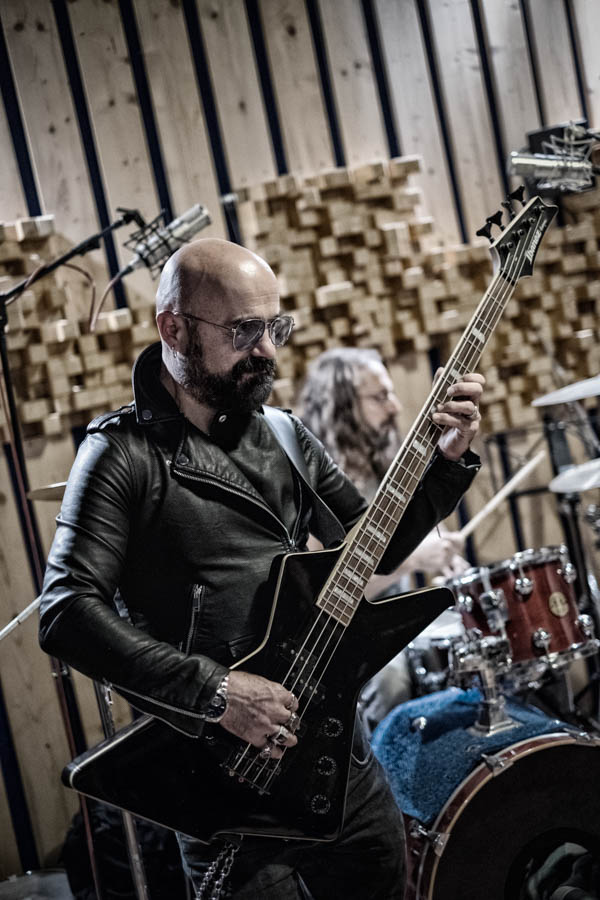 To the century Antonio Maranghi. He starts playing really early. At the age of fifteen he formed his first band, Astradyne, which later became Astradyne v2, rock wave genre.
This adventure will last a few years, and in the meantime he establishes other collaborations with different groups related to the genres in vogue in the eighties especially in the florentine panorama, such as dark and punk: we find him with Hashish, Rockdevaster and Erezione.
In 1987 he forms, together with the old Astradyne drummer, Street Walker, a street hard rock band, of which he becomes bassist and singer. The band broke up in 1993 after recording a demo titled “Passion and Love”.
During this period he collaborated as singer with other bands, such as Brain Storm, where plays Gianmarco Colzi, Litfiba drummer, and Ora D’aria.
In 2009 he was called to bass by the former guitar player of Street Walker for an italian rock punk project named Rock’n’Radio Social Sound, which combines music with a theatrical formula; thus resumes an intense live activity and the making of a CD entitled “La Giustizia”.
In 2016 he was called by a friend, Silvia Agnoloni, singer of the Old Bridge, to take the place in the band left by the bass player, in which he still actively plays and collaborates.

Born in Florence, class ’78. He showed interest in music as he was a child, thanks to his mother who bombarded him every sunday morning with 70’s music like Abba, Bee Gees, Eagles…
He approaches guitar at the age of 14 and it is immediately love! After the first lessons with Maestro Alessandro Bruno, he immediately starts playing with his first band formed by classmates. From here there are several projects that bring him closer and closer to classic metal and, later, to progressive.
He currently plays in the progressive metal band Anvil Therapy in Florence and the Old Bridge. 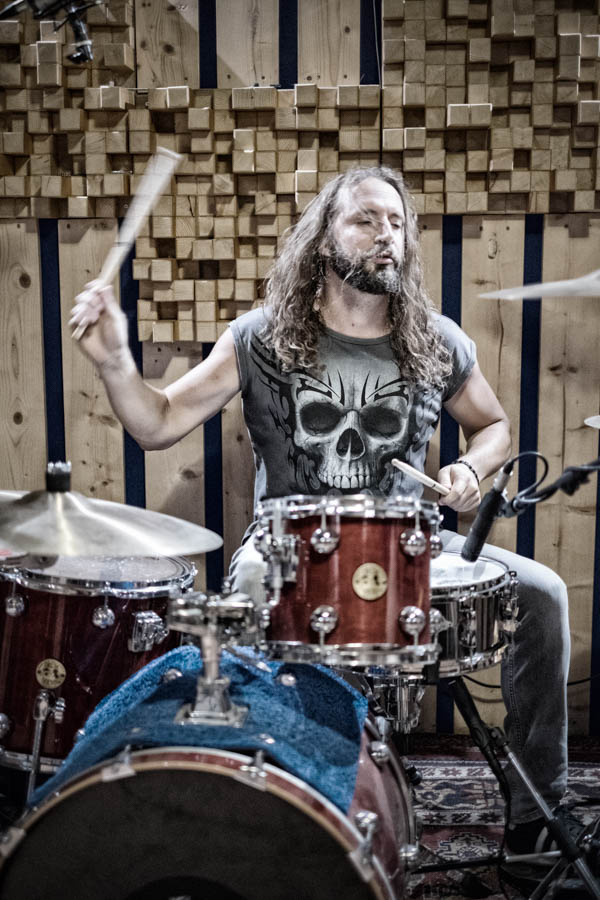 It starts playing relatively late, at 19. He took his first steps with a band of friends, with whom he plays heavy metal covers from the classical repertoire, but after a few months they decided to dedicate themselves to their own original repertoire.
Then follow various experiences with bands such as The Osbourne (Ozzy Osbourne tribute), Breaking Newz (hard rock), Dirty Rockers (hard & heavy), Poets & Madmen (savatage tribute), and Project Evil (epic/heavy/doom), band with own songs in which he still plays.  In 2016 he joined Old Bridge, first in temporary replacement of the drummer, and then in a definitive way. 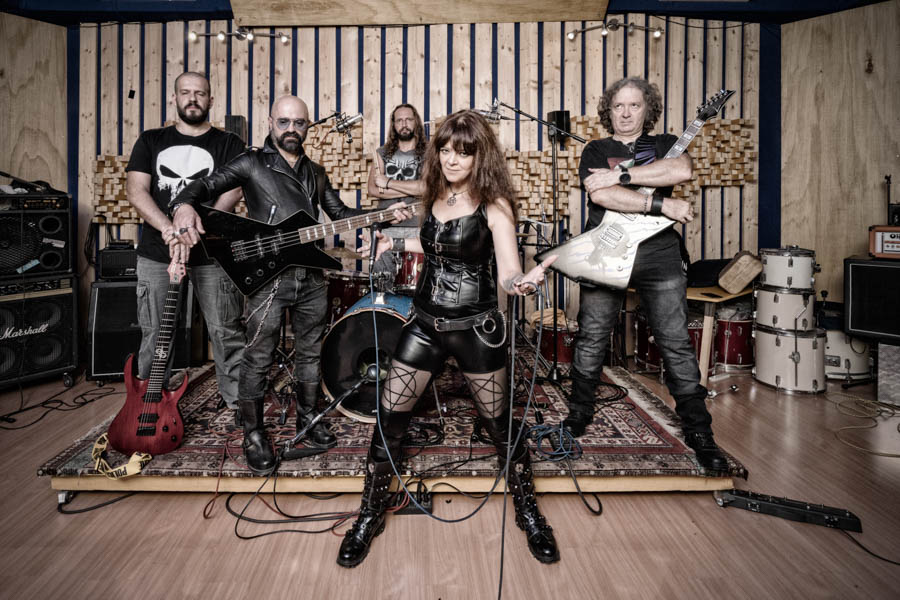 In Jenuary 2020 the first real work of the band comes out, the full-lenght album entitled “Bless the Hell”, a sort of immersion into Hell through human sins and weakness, denying a Paradise that proves increasingly subject to the same fragility. Two musical excellens also participated in the album: Beppi Menozzi (Il Segno del Comando/Jus Priumae Noctis) on keyboards and Paolo Puppo (Will’o’Wisp) for all the artwork.

Currently the band carries on the live activity throughout Italy to promote the album and in the meantime it dedicated itself to realize new songs that will form the second album, whose release is planned for spring 2021. A new change in the guitars section will be announced soon

They said of us: “The repertoire is composed of personal songs with a very original and powerful sound; the melodies, never predictable, the accuracy in the drafting of the texts, the recalls in the genre ranging from the metal more pulled to doom, prog, rock blues, make each song an exciting listening, never taken for granted”.

This website uses cookies to improve your experience while you navigate through the website. Out of these cookies, the cookies that are categorized as necessary are stored on your browser as they are essential for the working of basic functionalities of the website. We also use third-party cookies that help us analyze and understand how you use this website. These cookies will be stored in your browser only with your consent. You also have the option to opt-out of these cookies. But opting out of some of these cookies may have an effect on your browsing experience.
Necessary Always Enabled
Necessary cookies are absolutely essential for the website to function properly. This category only includes cookies that ensures basic functionalities and security features of the website. These cookies do not store any personal information.
Non-necessary
Any cookies that may not be particularly necessary for the website to function and is used specifically to collect user personal data via analytics, ads, other embedded contents are termed as non-necessary cookies. It is mandatory to procure user consent prior to running these cookies on your website.
SAVE & ACCEPT
Scroll to Top